To Slovenia for Marbles (Fieldsports Magazine)

In July of 2018, Lisa Isles – a highly capped England international fly fisher – and I set off from Manchester Airport to Slovenia to fish the Soca River and its tributaries in search of the elusive marble trout (Salmo maramoratus) and the other fish that live there.

We were welcomed by Gašper, co-owner of Soca Fly, who for the duration of our car journey from the airport to Hotel Zlata Ribica told us all about the history of Slovenia and the fishing in the Soca Valley. We were both extremely excited for the days ahead.

Slovenia is characterised by its natural diversity – the lakes, the mountains, the forests and the crystal-clear alpine waters. Driving through Slovenia is like entering another world, one with acres of thick beech forest, inter-locking mountainous tundra and truly picturesque valleys.

The marble trout is a native fish of Slovenia and is known as ‘The Queen of the River’. They are an ambush predator, very similar in character and behaviour to the pike, and are known for their ability to consume 75 per cent of their own bodyweight in one sitting. Like many apex predators, you’ll find them lurking and hunting in the back eddies and shallows, or hiding amongst boulders and under overgrowth in shady spots.

Stealthy wading and creeping around on our hands and knees rewarded us with a marble each on the first afternoon of fishing, although at one point Gašper did mutter to me, “She saw you, she’s not stupid” – the learning curve was steep!

Marbles are known for adapting their colouration to their surroundings, so you’ll find variations in their markings depending on which river, or even part of a river, you catch them from. Marble trout caught on the Soca River – where the river is lighter in colour – are much paler than those caught in the tributaries, for example.

The largest ever recorded marble trout was found dead after a big flood in the Soca and measured an incredible 140cm! The biggest one caught on a fly was 20kg and measured 120cm…

It was hard to think about anything else other than the hunt; the fixation on catching one of these fish became far more important than anything else. Each day we spent hours watching the water for a slight ripple, bow wave or a subtle sip, surrounded by an array of wildlife – from darting bats to marauding mink. On one occasion Gašper and I were watching a pool from a bridge and we spotted a sizeable marble trout circling a submerged pile of leaves in the water. She suddenly nuzzled nose first into the pile and disappeared, never to been seen again.
Grayling are another native species to Slovenia, though the Slovenians refer to them as males and not, as we do, ‘The Lady of the Stream’. Brown trout hybrids (marble/brown trout) and rainbows also featured. We caught these daily and each one was unique in pattern, colour and size, too – Slovenia is a Mecca for any trout angler who would like to experience something a little different to the UK in terms of variety, landscape and culture, and if a trout fisherman’s Heaven existed, God would likely make Slovenia the first stop.

As for the choice of rods, a 4wt was ample on the smaller tributaries, whereas a 6wt and 8wt were preferred in the main river where there is an increased chance of hooking one of the larger specimens. You need a rod strong enough to withstand a big marble’s unbelievable fighting power and a reel to match. Having a couple of rods rigged up for different tactics is common and saves time as each pool can vary considerably. Dries or nymphs on a floating line will usually be deployed on the lighter rods where more delicate presentation is needed, whilst streamer patterns paired with an intermediate line are likely to feature on the heavier rod.

You will also need a good selection of flies in various colours, sizes and weights to cover the many hatches. Think Sedge patterns, Klinkhammers, Buzzers, Pheasant Tails and Hare’s Ears and don’t be afraid to take some extremely heavy Peeping Caddis for the deeper pools, too. Popular streamer pattern colours are black, brown, white, and flashy flies are also worth a cast.

The season is open from April until the end of October and the best times to visit tend to be late May through to early July and September. April and October are also good months to target the bigger marbles, but the conditions are less suitable for dry fly fishing at this time.

If you are planning a trip to Slovenia I’d advise hiring a guide even if it’s just to get you started. They know how the fish behave in different river conditions and their knowledge will optimise your chances of catching as many trophy trout as possible. FS 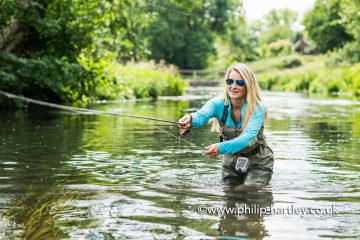 If you’ve ever admired the elegant, precise art of fly fishing, you might be planning to try the sport for yourself when the world opens up again. It’s natural to feel a little self-conscious when Read more… 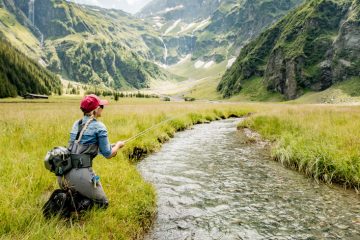 Whilst every destination angler, family and outdoor enthusiast begins to scan the horizon for a late notice getaway, most travellers are looking for somewhere that is accessible, inexpensive and scenic where they can reconnect with Read more… 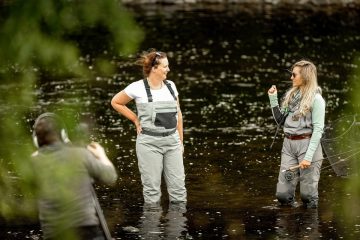 How to be efficient and eco-friendly this season

Flowering trees and shrubs, rhythmic drumming of the woodpecker and newborn lambs playing in the pasture, are all a sure sign that spring has arrived. These natural wonders are also the calling for eager fishermen Read more…